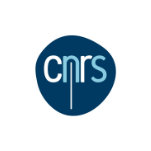 The Workshop will take place at Paris Nanterre University, at the occasion of the Defense of my Professorial Thesis (June 1st 2022).
We will discuss recent progresses on the following subjects:
Participants:

The Webpage of the Workshop is here.

We investigate connections between association chains of idempotents and bounded generation of SL2 by elementary matrices. This enables us to construct many classes of matrix rings that have universal bounds on the length of association chains. In particular, many matrix rings have the property that every regular element is special clean. We also improve the usual criterion for checking perspectivity via association chains.
We prove that transitivity of strong or weak 2-chaining of idempotents is equivalent to centrality of idempotents modulo the Jacobson radical. Motivated by the idea of perspectivity of rings and modules, we introduce perspective elements of a ring. We notably prove that perspective elements form a proper subset of special clean elements, and that perspectivity of elements is a left-right symmetric property. An equational characterization of perspective elements is also given and examples are provided.
We introduce and study a new class of modules and rings we call n/2-perspective, which can either be described in terms of perspective direct summands, associate idempotents, or generalized inverses. When n is small (n<3), we recover existing classes of modules and rings: (endo)abelian, strongly IC and perspective ones. And 3/2-perspective rings are characterized by all their regular elements being special clean. Standard constructions are also discussed and examples are provided.

We prove that the (b, c)-inverse and the inverse along an element in a semigroup are actually genuine inverse when considered as morphisms in the Schützenberger category of a semigroup. Applications to the Reverse Order Law are given.

We prove that special clean decompositions of a given element of a ring are in one-to-one correspondence with the set of solutions of a simple equation in a corner ring.

We describe a class of semigroup biacts that is analogous to the class of completely simple semigroups,and prove a structure theorem for those biacts that is analogous to the Rees--Sushkevitch Theorem.Precisely, we describe stable, J-simple biacts in terms of wreath products, translations of completely simple semigroups, biacts over endomorphism monoids of free G-acts,tensor products and matrix biacts. Applications to coproducts and left acts are given.

The paper introduces and investigates partial orders that are finer than the minus partial order and are based on inverses along an element and other specific outer inverses. It turns out that in this way a number of classical partial orders can be equivalently defined.

We study semigroups that behave nicely with respect to a distinguished subset of idempotents E, both in terms of the extended Green’s relations KE and as unary semigroups. New structure theorems are given, notably in the case of central idempotents. Finally, the decomposition theorems are applied to the study of regular semigroups with particular generalized inverses.

In this paper, we characterize the existence and give an expression of the group inverse of a product of two regular elements by means of a ring unit.

Using the recent notion of inverse along an element in a semigroup, and the natural partial order on idempotents, we study bicommuting generalized inverses and define a new inverse called natural inverse, that generalizes the Drazin inverse in a semigroup, but also the Koliha-Drazin inverse in a ring. In this setting we get a core decomposition similar to the nilpotent, Kato or Mbekhta decompositions. In Banach and Operator algebras, we show that the study of the spectrum is not sufficient, and use ideas from local spectral theory to study this new inverse.

The definition of the inverse along an element was very recently introduced, and it contains known generalized inverses such as the group, Drazin and Moore–Penrose inverses. In this article, we first prove a simple existence criterion for this inverse in a semigroup, and then relate the existence of such an inverse in a ring to the ring units.

In this paper, we investigate the recently defined notion of inverse along an element in the context of matrices over a ring. Precisely, we study the inverse of a matrix along a lower triangular matrix, under some conditions.

Non parametric regression methods can be presented in two main clusters. The one of smoothing splines methods requiring positive kernels and the other one known as Nonparametric Kernel Regression allowing the use of non positive kernels such as the Epanechnikov kernel. We propose a generalization of the smoothing spline method to include kernels which are still symmetric but not positive semi definite (they are called indefinite). The general relationship between smoothing splines, Reproducing Kernel Hilbert Spaces (RKHS) and positive kernels no longer exists with indefinite kernels. Instead the splines are associated with functional spaces called Reproducing Kernel Krein Spaces (RKKS) endowed with an indefinite inner product and thus not directly associated with a norm. Smoothing splines in RKKS have many of the interesting properties of splines in RKHS, such as orthogonality, projection and representer theorem.  We show that smoothing splines can be defined in RKKS as the regularized solution of the interpolation problem. Since no norm is available in an RKKS, Tikhonov regularization cannot be defined. Instead, we propose the use of conjugate gradient type iterative methods, with early stopping as a regularization mechanism. Several iterative algorithms are collected which can be used to solve the optimization problems associated with learning in indefinite spaces. Some preliminary experiments with indefinite kernels for spline smoothing reveal the computational efficiency of this approach.

This paper introduces a method to construct a reproducing wavelet kernel Hilbert spaces for non-parametric regression estimation when the sampling points are not equally spaced. Another objective is to make high-dimensional wavelet estimation problems tractable. It then provides a theoretical foundation to build reproducing kernel from operators and a practical technique to obtain reproducing kernel Hilbert spaces spanned by a set of wavelets. A multiscale approximation technique that aims at taking advantage of the multiresolution structure of wavelets is also described. Examples on toy regression and a real-world problem illustrate the effectiveness of these wavelet kernels. Copyright © 2005 John Wiley & Sons, Ltd

In this paper we show that many kernel methods can be adapted to deal with indefinite kernels, that is, kernels which are not positive semidefinite. They do not satisfy Mercer’s condition and they induce associated functional spaces called Reproducing Kernel Kre??n Spaces (RKKS), a generalization of Reproducing Kernel Hilbert Spaces (RKHS).

A way to study non-Gaussian measures is to generalize Schwartz's theory of Hilbertian subspaces to the non-Hilbertian case. We initiate here a new theory based upon a given duality rather than an Hilbertian structure. Hence, we develop the concept of subduality of a locally convex vector space and of its associated kernel. We show in particular that to any subduality is associated a unique kernel whose image is dense in the subduality. The image of a subdality under a weakly continuous linear application is also given, which enables the definition of a vector space structure over the set of subdualities given a equivalence relation. We then exhibit a canonical representative. Finally, we study the particular case of subdualities of endowed with the product topology.

This page is hosted by mathrice